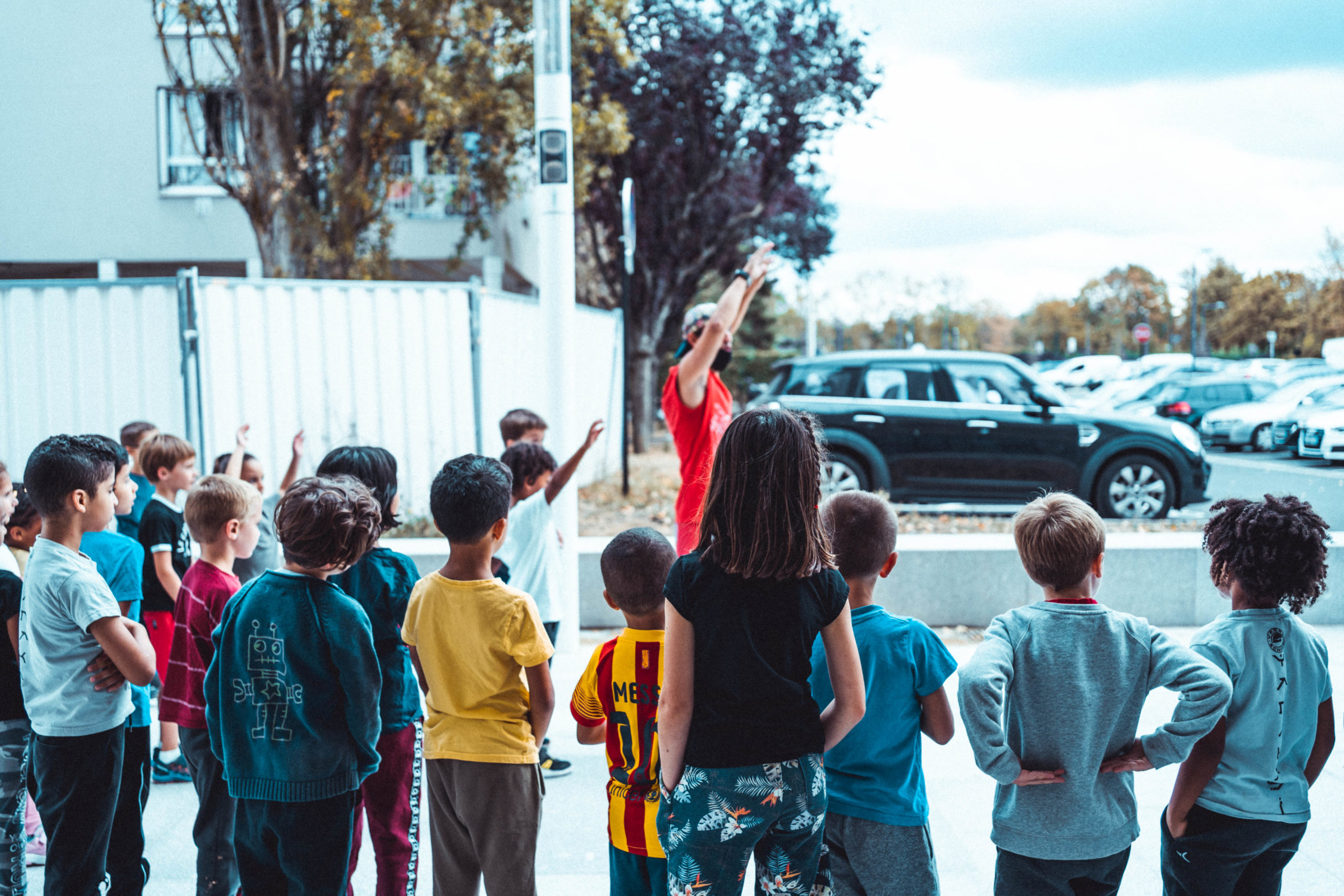 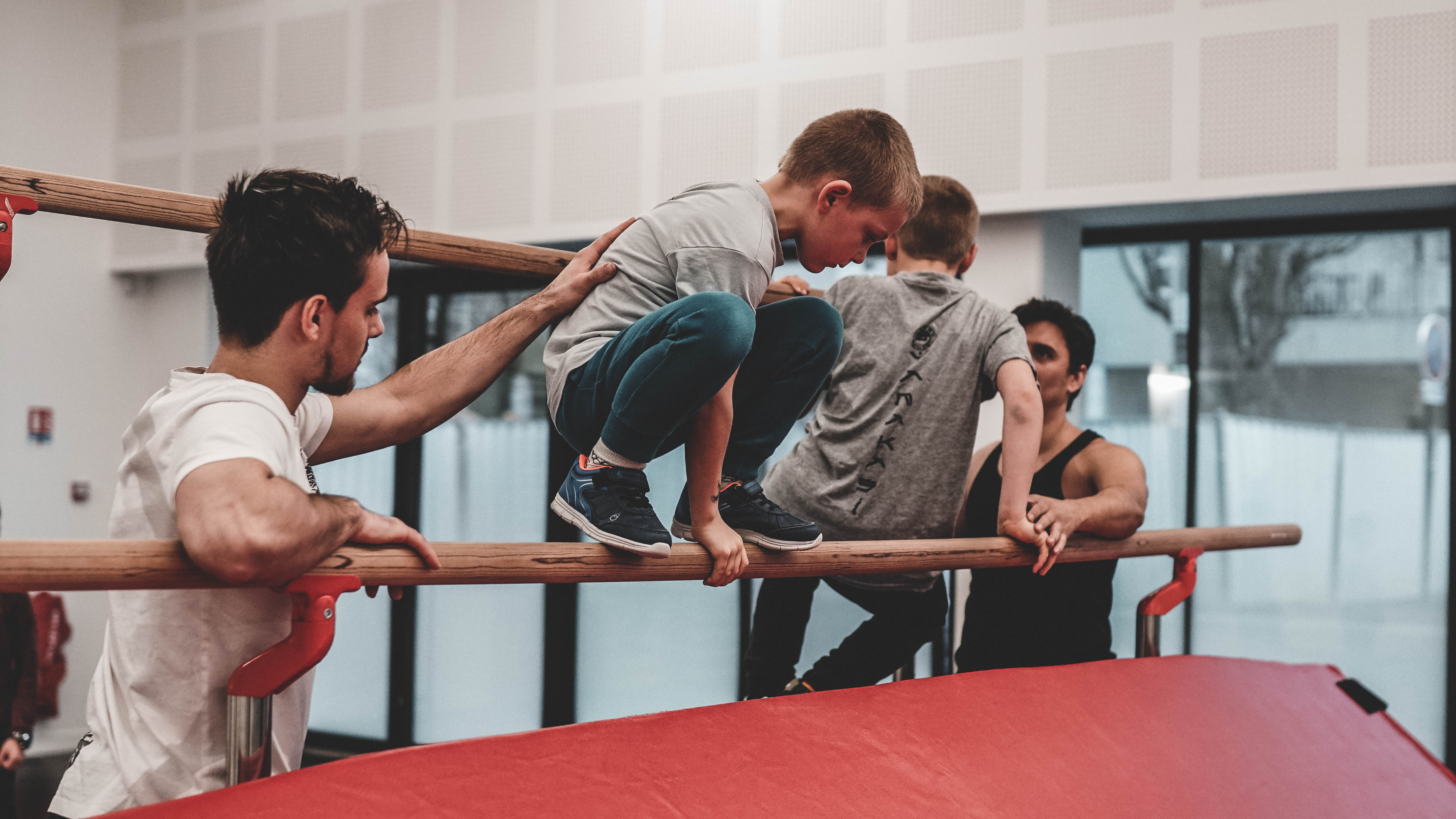 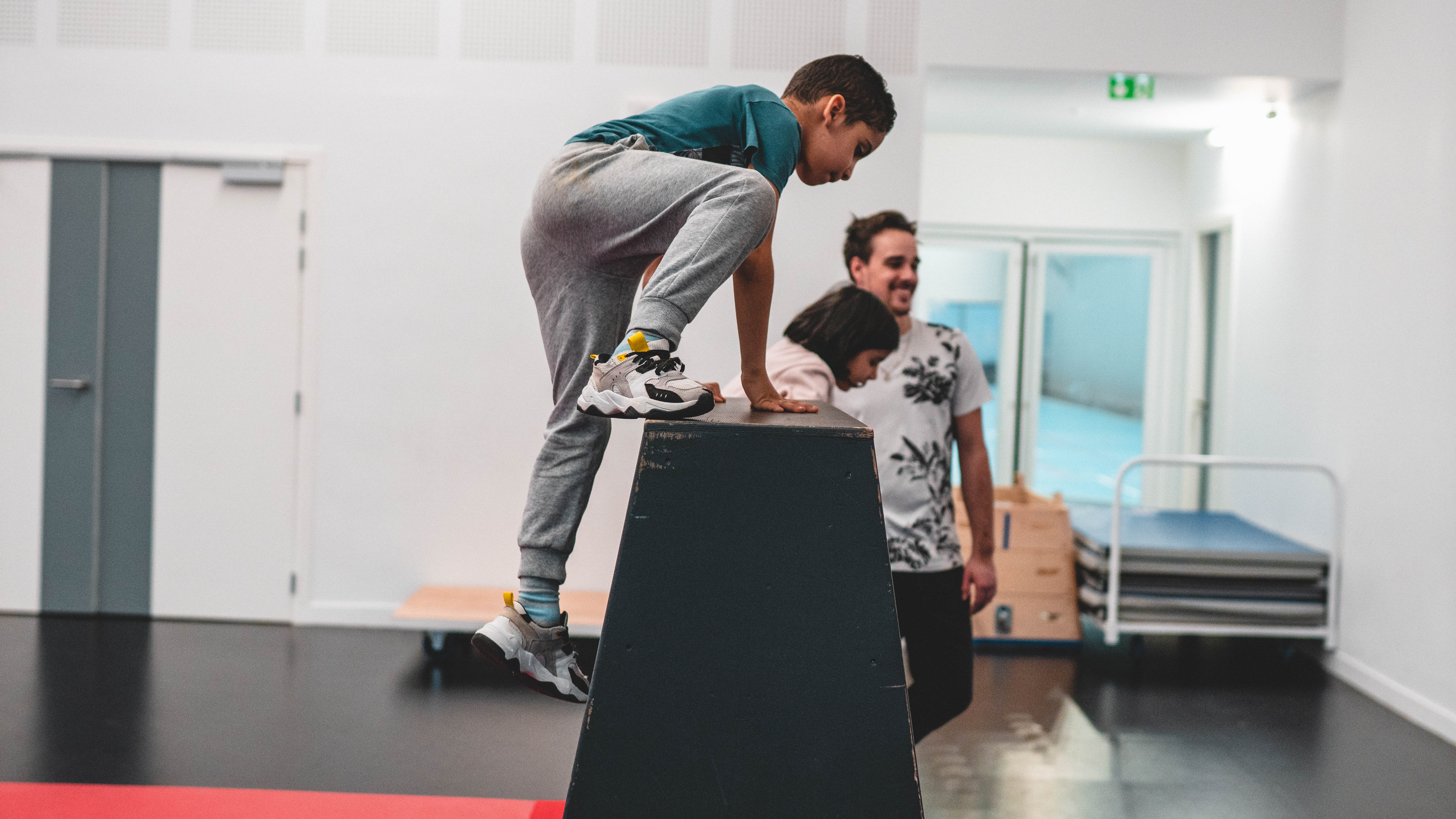 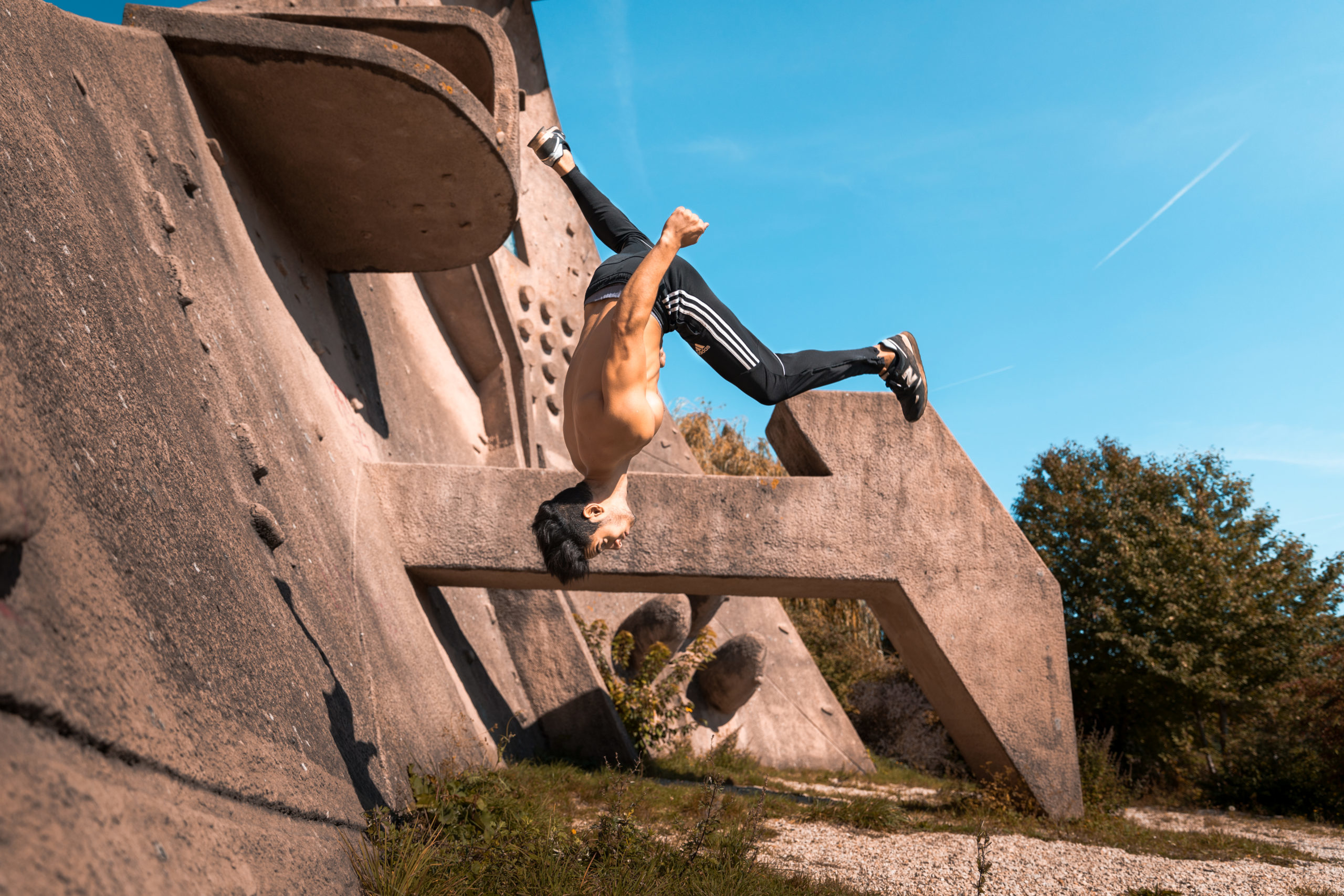 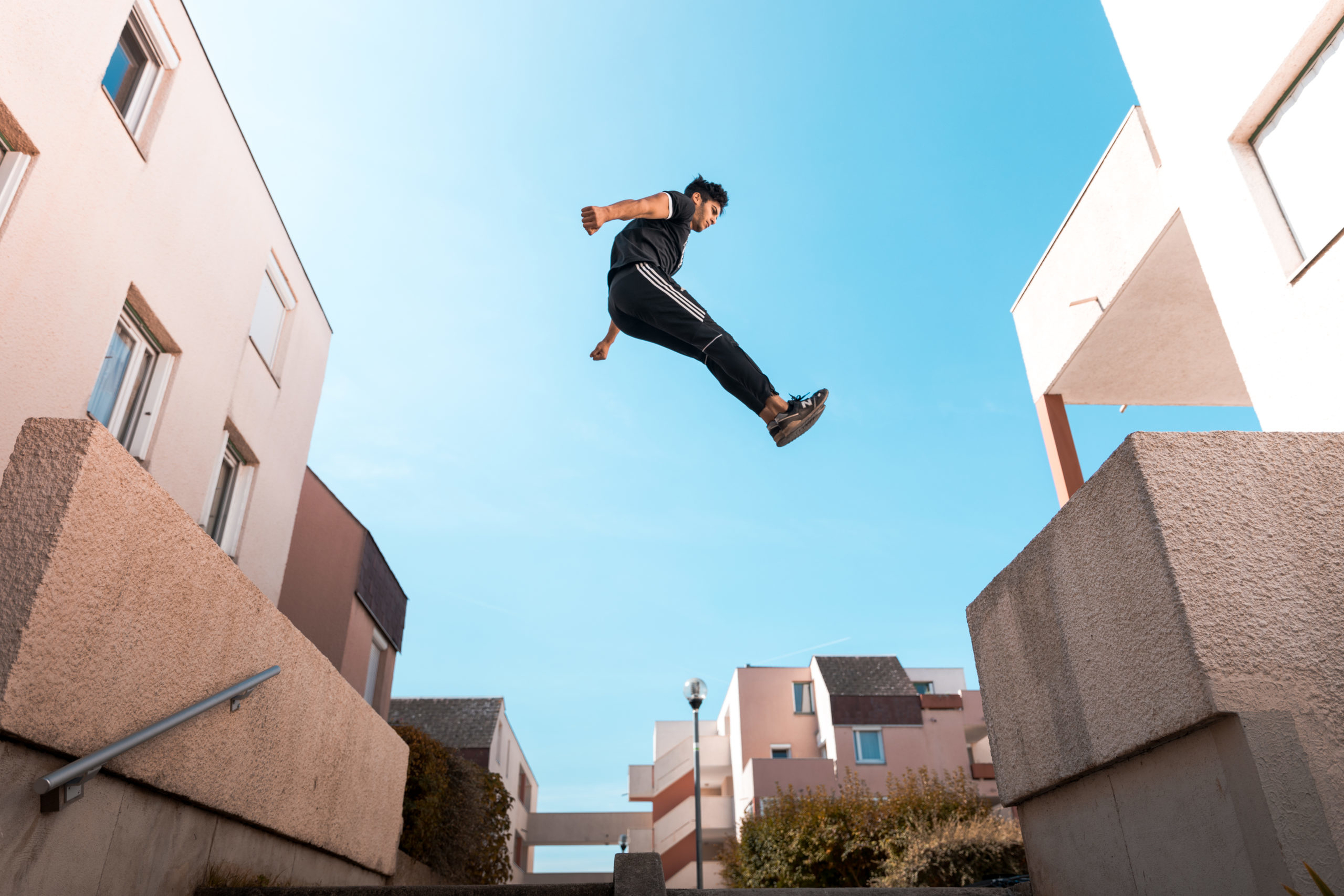 At first they played together with tests of their strength and agility. Over time, in a spirit of mutual encouragement and emulation to grow stronger and go further beyond their limits, they developed a rigorous training system of specific exercises and targeted techniques to prepare themselves for feats requiring higher and higher levels of physical and mental mastery. As time went on, the group split along friendship lines and over different interests. Thus, three related threads of the discipline emerged – Art Du Déplacement (ADD), Freerunning (established by Sebastian Foucan), and Parkour (named by David Belle when he split from the original group).

The discipline became more widely know to the public via the 2001 film â€œYamakasiâ€ (the name of which came from the original Yamakasi group, starring Chau Belle, Williams Belle, Yann Hnautra, Laurent Piemontesi, Guylain Boyeke, Charles Perrière and Malik Diouf. The name “Yamakasi” comes from Lingala, a Central African dialect, and signifies “strong spirit, strong body, strong person”) and later via the 2004 film “District 13″ (starring David Belle) and “The great challenge” (starring Yamakasi). In the years since, the practice has spread and grown increasingly popular worldwide.

Art Du Déplacement (ADD) has been further developed by four of the nine original Yamakasi founders ( hau Belle, Williams Belle, Yann Hnautra, and Laurent Piemontesi) and supported by Guylain Boyeke, practicing ADD for more than 20 years to spread a culture of sharing, centred on wellbeing via mental and physical effort, and on values such as tradition, security, goodwill, universalism, autonomy, stimulation and success.

The practice of ADD aims at the (re-)appropriation of one’s environment, via moving one’s body in respect of the environment, of nature, of other people and one’s surroundings.

In this way Art Du Déplacement lays emphasis on the training and constitution of the human being. Indeed, the “modern” human body (and mind) no longer being adapted to a natural environment, it has been important for the Yamakasi founders to re-learn to use all the physical and functional capacities of their bodies.